Dantian is loosely translated as “elixir field“, “sea of qi“, or simply “energy centre“. Is important focal points for meditative and exercise techniques such as Tai Chi. 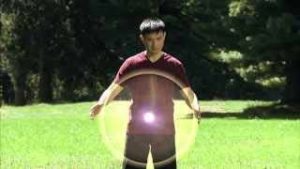 Traditionally, a dantian is considered to be a centre of qi or life force energy. The lower dantian is particularly important as the focal breathing point. Is also the centre of balance and gravity. Dantian are focal points for transmutation of the three treasures Jing, Qi and Shen.

Taoist teachers often instruct their students to centre the mind on the lower dantian. This is believed to aid control of thoughts and emotions. Acting from the dantian is considered to be related to higher states of awareness.

The Taoist concept of dantian as energy centres is similar to the Indian yoga concept of chakras. 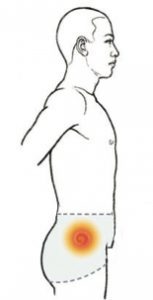 Lower dantian is about three finger widths below and two finger widths behind the navel. Also called “the golden stove” or the namesake “cinnabar field”. Where the process of developing the elixir happens.

Importance of the lower dantian

The term dantian used by itself usually refers to the lower dantian. Is the foundation of rooted standing, breathing, and body awareness in Tai Chi. The lower dantian has been described to be “like the root of the tree of life”.

The term dantian is often used interchangeably with the Japanese word hara “belly”. In China, Korea, and Japan it’s considered the physical centre of gravity of the human body. The seat of one’s internal energy (qi).

To really appreciate the benefits of Tai Chi Read more about the Health Benefits.

Learn Tai Chi – Free Introduction Class and benefit from the many health benefits.

I run a Free Introduction class. More info at Tai Chi On The N2

I’m based in Sedgefield. Map link